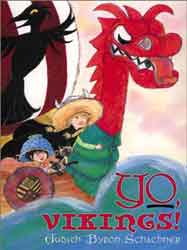 A story based on a real incident involving Judy’s daughter. Emma has an imagination that won’t quit, and when she has to prepare a report about Viking explorer Erik the Red, she’s off and running on a voyage of discovery. The more she learns, the more seeps into her journal and her everyday life she makes a Viking helmet from tinfoil, hands her brother a painted stone and renames herself Emma the Red. After the librarian shows her a newspaper ad for a 29-foot Viking ship ($7000 or best offer), Emma and her brother write to the owner proposing to pay $128, two baseball cards and a fox tooth. No one believes her when she announces she’s getting a Viking ship for her birthday, but in fact it’s exactly what happens, and the Viking ship arrives in her backyard along with a TV news crew and all of Emma’s classmates dressed as Vikings. “See, Ollie,” Emma tells her brother. “Dreams do come true.”

Read an article about the book and the ship that inspired it.

Watch a video about the real Viking ship that inspired the book:

Reviews
"Expressive and bursting with life, Schachner’s artwork sweeps readers into a story based, surprisingly, on a real incident involving her daughter…Schachner artfully crowds the slightly oversize pages with detail. Warmly realistic family scenes coexist with Emma’s energetic fantasies, the latter delineated as colorful, vibrant images emerging from books and journals. This buoyant book will likely launch readers on adventures of their own."—Publishers Weekly, starred review

"Appealing, mixed-media illustrations energize the story, with many sweeping off the edges of the double-spread pages to capture the spontaneity of the girl’s imagination. The swashbuckling cover and clever bits of humor (her brother’s colander hat and his mispronunciation of words) will do even more to engage children in a story that expressively reflects the exuberance that comes with believing in dreams."—Booklist

"This exuberantly imaginative tale begins across the jacket/cover with the colored naturalistic drawing of an over-packed Viking ship, Emma up front hugging the fierce red dragon prow as it sails. The illustrations zestfully intermix her creative visions with realistic scenes of her friends and neighborhood. Factual notes and a bibliography on Vikings are included."—Children’s Literature

"…The collage-style illustrations add a great deal of appeal and interest. They feature a trove of finds for observant readers, such as real books by the author on Mr. Sigurd’s shelves and books by other favorite authors in the library and in Emma’s room, Emma’s T-shirt reading “Leif Landed First,” a T-shirt on a gossipy schoolmate featuring a cat and the word “Ouch,” and snippets of maps and reference entries to Scandinavian lands used as clothing patterns."—Kirkus Reviews

"The illustrations are lucious and rich, overflowing with humor, detail and drama, warranting prolonged and repeated stare-sessions. Schachner has consistently produced truly outstanding work and deserves more recognition in the field as a contributor of remarkable children’s literature."—PlanetEsme.com

Click on a picture to see a large version of some sketches from the book.
Blast from the past dept: 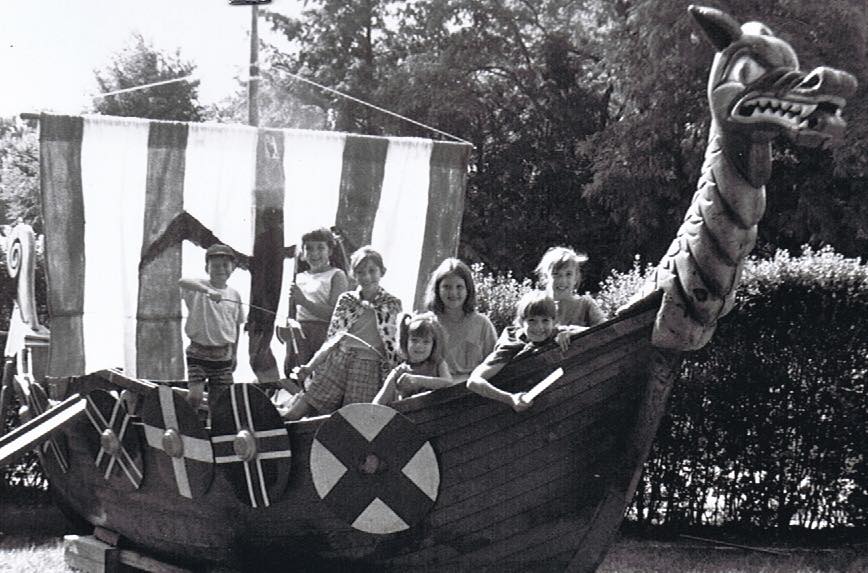